May 10th, 2014 | Posted by fantabulessmedia in Breast Cancer 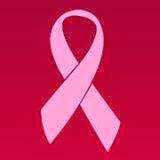 This week I began radiation treatments for Breast Cancer.  Once again I had no idea what to expect. I read all of the literature that they gave me, but until you are actually laying on the table with your arms above your head it just doesn’t seem real.

The staff is really nice and they are so happy to have me there. If I didn’t know better, it’s almost like they are being paid to be extra nice to the patients.  I know it sounds weird, but these people actually love what they do, and it shows.  What I can’t get over is how many senior citizens are being treated for Breast Cancer. Each day that I come in, the lobby is full of them .  Nobody ever wants a cancer diagnosis, however I’m really glad that the Lord allowed me to go through it in my youth, rather than in my golden years.

Earlier in the week they placed three little “tattoo” dots on my breast as markers to line up the machine.  I have secretly wanted to get a tattoo for a while, but I never imagined it would just be a dot or two. When I look at my breast it doesn’t look like a familiar part of my body. The surgical scar, pen markings, tattoos and discolorations almost make it unreconizable to me, not to mention it’s square shaped due to the surgeries.  Who would have thought that such a soft, nurturing part of the body could cause so much adversity in my life?  On a daily basis I bare my naked chest to total strangers to facilitate life saving treatments.  Keep in mind I’m the type of gym member that changes in stalls instead of the open locker room so it was very uncomfortable in the beginning.  Now when I come in I’m just like Demi Moore in Strip Tease, breaking away the shirt and getting down to business.

Laying there on table as the radiation penetrates my body, all I can do is sing praises unto my God.  It’s easy to praise Him when you are on top and things are going well in your life. I find it just as easy to praise Him laying on my back being zapped with radiation because I know that He is with me. I know that He wouldn’t put more on me than I can bare, and if He gave it to then I can handle it.  People are amazed by my lack of worry, stress and uncertainty on this journey.  It’s not that I don’t care what happens, but I gave it to God from the beginning and I allowed Him to carry this weight for me. In His Word He told me to cast ALL of my cares upon Him, and I did. It feels to good to show up to my doctors appointments and treatments and know that my Heavenly Father is in control and has already handled it for me.  From the beginning of this journey I made the decision to be a warrior and not a worrier. There’s only a one letter difference between them, but a HUGE difference in mentality and thinking.  I am a child of The King and I AM a warrior!

You can follow any responses to this entry through the RSS 2.0 You can leave a response, or trackback.